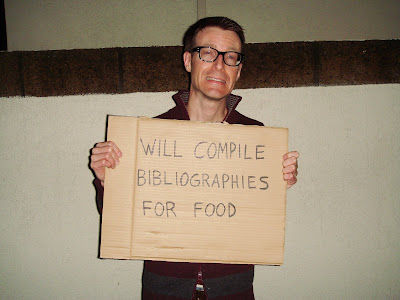 Project Runway Season Six, Finale, Part Two: This has been "How to trick your cheating husband and his mistress into murdering each other" on the Now Network, brought to you by Sprint.
Before we meet the next fashion designer who will immediately vanish into obscurity, let's get a recap of the season:
Heidi: "OK. Well, let's see. Little Sally Draper stole five dollars from her grandfather and then he died, Bree started having an affair with Susan's ex-husband at the same time that Katherine was trying to have an affair with Susan's current husband, and Kitty Walker got cancer and lost her hair. Oh, and the whole world blacked-out for about two minutes and had visions of the future! It's been a very exciting television season!"
Thanks, but I meant this season of Project Runway.
Heidi: "Oh, like anyone cares."
Anyway, we start this episode the same way we ended the last episode: with Carol Hannah throwing up:
Althea: "Carol Hannah was throwing up again."
Irina: "Really? Why?"
Althea: "Because she saw your collection. Why do you think? She's sick! Remember?"
Irina: "That's terrible. I sort of almost feel bad for her, you know?"
Althea: "Totally."
They get hair and makeup consultations:
Althea: "So, Tim, I got my hair and makeup consultation."
Tim: "Really? But Irina just had a hair and makeup consultation. It sounds like you just do everything Irina does."
Althea: "Um, OK, let's talk about the shoes I'm using."
Tim: "Shoes? But Irina is using shoes!"
Althea: "I give up."
The designers run around for a while and then Tim comes back for his mandatory pep talk:
Tim: "Gather 'round, designers. Tomorrow is the runway show. So let's get it over with and move on with our lives."
I think that was his worst pep talk since season four, when he asked the designers why they were breaking his heart.
They get to the tent at Bryant Park and the designers are running way behind. The models are not ready to go. Tim is freaking out:
Tim: "You kids are driving me crazy! Don't make me turn this tent around. I'm not joking; I will do it!"
Heidi comes out and tries to explain what she's wearing:
Heidi: "I chose this hot-pink monstrosity because of these ridiculous shoulder pads that manage to make me look like I have no neck. It conveys the feeling of shrugging in boredom, without going to all the effort."
The guest judge this season is the art nun, Sister Wendy Beckett! Oh, we love her!
Sister Wendy: "I have a confession to make: I have a passion for Poussin! [giggle]"
Isn't she adorable? But she has serious wimple hair going on there.
Althea introduces her collection:
Althea: "I was inspired by science fiction movies from the 1950s and how they saw the woman of tomorrow dressing yesterday if she thought yesterday was actually today and what that means for the future if the future were actually a long time ago. Thank you."
It's a good collection with some terrific pieces. Her pants and skirts, especially, showed some interesting silhouettes and seemed young and fresh. Was it mind-blowing? No. But still my pick for the winning collection.
Carol Hannah introduces her collection:
Carol Hannah: "I hope you like it."
Well, it's hard to dislike a bunch of pretty dresses. But there sure isn't much to get excited about.
Finally, Irina introduces her collection:
Irina: "Women: you can't live with them and you can't cover them in armor. Am I right?"
Irina showed a collection of beautiful burqas for the modern woman living in the city. At least I'm guessing they were burqas, because all I could see were black blobs walking down the runway:
Nina: "I thought we talked about this, Irina. I told you a couple of days ago that I didn't want to see an all black collection and yet you did it anyway. Why don't you just slap me in the face?"
Seriously, other than a couple of interesting sweaters, it was pretty basic Goth/dominatrix-wear. It seemed kind of dated.
After the show, we get some audience reaction. We catch up with Ari Fish. Did you happen to see her in the new Jack in the Box bowl commercial? At least I'm assuming that's the explanation for her haircut.
The judges talk to the designers and then announce the predetermined winner:
Heidi: "Congratulations, Irina. We decided you would win months ago. So you win."
Michael Kors: "Irina made hats and they were all the same but they were all a little different and that's what makes a collection."
Ugh. Whatever. Thanks for reading! See you in January for season seven!
Posted by eric3000 at 3:32 PM 12 comments: