We open the episode with Isaac and Georgina being driven to work in their Bentley. They are having an argument:

GEORGINA: I don’t care about heredity versus environment. I’m sick and tired of hearing about it. I care how much we get for our ready-to-wear looks.

ISAAC: Patience, Georgina. Let’s see if she’s right. This is a study in human nature.

GEORGINA: We’re about to sell dresses for four hundred dollars and you’re talking about human nature.

GEORGINA: She meant it as a compliment. We’re lucky to have these All Stars working for us, you know.

GEORGINA: It’s got nothing to do with environment. With their genes, you could put them anywhere and they’ll come out on top. Breeding. Same as race horses. It’s in the blood.

ISAAC: I’m telling you it’s environment. We could make one designer the winner of this challenge and another designer the loser just through our random decisions.

GEORGINA: Are we talking about a wager? How much do you want to bet?

ISAAC: Shall we say the usual amount?

So, Seth Aaron gets set up with a beautiful design room and fabrics, the use of hair and makeup artists, an accessory wall, a car, and his own butler.

Christopher, on the other hand, gets arrested for theft, has PCP planted in his jacket, is dumped by his fiance, and, on top of all that, is also expected to make a dress that only has one zipper in it.

CHRISTOPHER: One zipper? Why is someone trying to ruin my life?!!!

The designers all have to make compromises for the ready-to-wear market. Seth Aaron has to give up his zipper, which is apparently made out of solid gold, Korto has to shorten her maxi dress, and Elena has to stick with her approved design. But Christopher is having the most trouble. He goes to the tennis club to seek help from the other designers:

CHRISTOPHER: Oh, good. There you are. Seth Aaron, Elena, Korto, I realize this looks completely awful, but I just wanted to assure you, my friends, that I am completely innocent. I’m going to fight this. Someone is out to get me and I know who. The important thing is that I can rely on you, my friends, as character witnesses. I’m going to be defending myself on the runway and I wondered if you could see your way clear to perhaps advance me a small amount of advice about this zipper issue.

KORTO: Frankly, Christopher -- and I think I speak for all of us -- I think it shows incredibly bad taste for you to embarrass us like this. You shouldn’t be asking us for help at this point in the competition.

CHRISTOPHER: It wasn’t heroin! It was PCP! And it wasn’t mine!

Time for the runway, with guest judges Kristin Chenoweth and Nick Cannon. Alyssa explains how it works:

ALYSSA: If you’re going to succeed in fashion you have to know all aspects of the industry. Last week you came face to face with real customers, now it’s time to delve into the true business of fashion: ready-to-wear. Let me explain to you what it is we do here. We are in the fashion industry. Fashion is a commodity. Now, what are commodities? Commodities are products, like coffee that you had for breakfast; wheat, which is used to make bread; or pork bellies, which is used to make bacon that you might find in a bacon and lettuce and tomato sandwich. Clear so far? 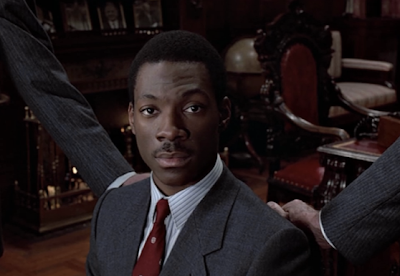 KRISTIN CHENOWETH: The best part is that no matter whether you are in the top or the bottom, Nick and I are huge stars and we're incredibly rich.

DESIGNERS: It’s sounds like you guys are a bunch of bookies.

Seth Aaron wins the challenge. Elena is safe. The bottom two, Korto and Christopher, will face one final challenge to decide which one will make it to the finale:

ALYSSA: Think big, designers. Think positive. Never show any sign of weakness. Always go for the throat. Fear: that’s the other guy’s problem. Nothing can prepare you for the unbridled carnage you are about to witness. The Super Bowl. The World Series. Pressure? Here it’s kill or be killed. Make no friends and take no prisoners. One minute you’re up, the next -- boom -- your kids don’t go to college and you’ve lost your Bentley. This is it. This is the last bastion of pure capitalism left of earth. Here, in the runway trading pit, you’ll be expected to take three of your old looks and transform them into one dramatic new look. Now, go kick some ass!

Christopher and Korto enter the pit and manage to trade old looks for new looks. They buy low and sell high! Korto created a very cool outfit and Christopher finally showed the judges who he is as a designer. Unfortunately, one of them has to go. The room goes silent as we await the message from the U.S. Secretary of Fashion:

SECRETARY OF FASHION: After calculating the estimates from various judges, we have concluded the following: Korto is in and Christopher is out.

ISAAC: Pay up, Georgina. I’ve won the bet. We took a bunch of perfectly useless psychopaths and turned them into All Stars. And at the same time we turned an honest, hard-working designer into a violently deranged would-be killer. 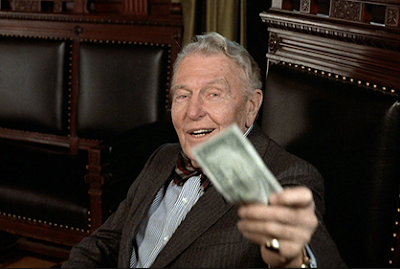 CHRISTOPHER: It was an experiment? The judges used us as guinea pigs? They ruined my life over a bet?

Sorry, Christopher. Korto will be joining Seth Aaron and Elena in the finale.